This site doesn't support Internet Explorer. Please use a modern browser like Chrome, Firefox or Edge.

Receive a FREE detailed report which includes line item violations of your website. Scan your website for compliance below. 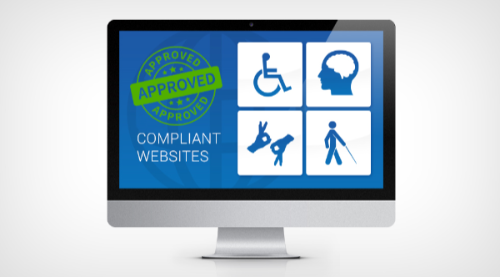 Is your business in line with the proposed Government guidelines? We will help you avoid proposed Federal fines, Provincial fines up to $250,000.00, and/or potential private lawsuits. Pay less now or more later.

HURRY! THIS PRICE IS ONLY AVAILABLE FOR A LIMITED TIME!

Some Online Compliance solutions are priced as high as $400/month for small business to $3100/month for enterprise.

Our pricing will be increasing as well, but for a very limited time we are offering our compliancy widget for small business for as low as $19/month 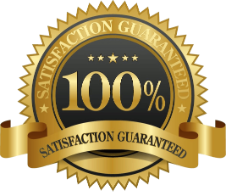 Our Compliance 'Widget' is backed by a 14 day guarantee.   Your satisfaction is extremely important to us.  We remove all the Risk in your purchase.   Receive a full refund of your initial purchase no questions asked.  Simply email us at [email protected] with any questions or requests.  We will be happy to help.

In 2005, the Accessibility for Ontarians with Disabilities Act (AODA) became law, making Ontario the first in Canada to enact accessibility legislation of this scope. The AODA is based on the 2001 Ontarians with Disabilities Act and mandates a set of standards that public, private, and non-profit organizations must comply with. The aim of the act is to create a barrier-free Ontario by 2025.

Private or non-profit organizations with more than 50 employees and all public sector organizations must make their website and web content compliant with Web Content Accessibility Guidelines (WCAG) 2.0 Level AA by January 1, 2021. Failure to comply could result in fines of up to $100,000 for each day of violation. Resources for Ontatio Business can be found https://www.ontario.ca/page/how-make-websites-accessible

The Accessibility for Manitobans Act (AMA)

The Accessibility for Manitobans Act (AMA) became law in 2013. The Government of Manitoba is striving to create a more inclusive Manitoba by 2023 with legislation that aims to remove barriers for not just those with disabilities, but all citizens.The AMA is made up of five accessibility standards that focus on key areas of daily life. Among these is the Information and Communications accessibility standard, which addresses barriers to accessing information, including information provided on websites. Small print size, low colour contrast between text and background, and the use of language that is not clear or plain are all listed as barriers to accessibility. This standard is currently under development; however, it is expected that requirements will follow internationally accepted WCAG, like the AODA.

Compliance timelines and requirements differ for each accessibility standard. Failure to comply could result in a fine of up to $250,000.

Quebec's Act to Secure Handicapped Persons in the Exercise of their Rights with a View to Achieving Social, School and Workplace Integration

Quebec was actually one of the first provinces to enact a law promoting the inclusion of persons with disabilities back in 1978. In 2004, the Quebec government amended this law to become the Act to Secure Handicapped Persons in the Exercise of their Rights with a View to Achieving Social, School and Workplace Integration. Among its requirements, ministries and government agencies must adhere to the government web accessibility standards (WCAG 2.0).

Unlike other provinces, Quebec's law only applies to the public sector (ministries, government agencies, and municipalities). The law also lacks clear timelines, goals, or penalties for non-compliance. As a result, many in Quebec are advocating for a stronger accessibility law to help remove barriers across the province.

In 2021, British Columbia proposed the Accessible British Columbia Act, otherwise known as Bill 6. The act facilitates the implementation of accessibility standards which Nicholas Simons, minister of social development and poverty reduction, hopes to have in place by the end of 2022.

If passed, the legislation will allow the government to establish accessibility standards and regulations in a range of areas, helping ensure people with disabilities can fully participate in their communities. Public engagement will remain a priority as the government develops regulations and standards to address the barriers people with disabilities face.